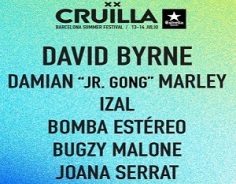 Though rather ill, I’ve attended the Cruïlla Festival. As with the Vida, this year’s Cruïlla’s line-up wasn’t anything out of this world, but it’s been a fun weekend anyway. What I’m quite pissed off about is about next year’s dates, as they overlap with Vida’s. WTF!

As previously announced, I’ve attended the Vida Festival 2018, the line-up of which was rather weak this year. Hence my lack of enthusiasm about it. The festival is over and I can’t stop this feeling of knowing that I would’ve probably enjoyed the minor acts more than the headliners. Oh well, too late to go back in time. Here are the reviews:

While not being that motivated to go to the Vida Festival this year, I had to write about my supposedly “fave” acts for this year. Here’s is the piece. 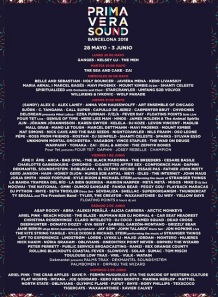 My gosh! Almost one month has gone by after PS2018 finished and I didn’t remember to post here the articles I wrote about it for Hipsterian Circus.  There you go: Thursday – Friday – Saturday.

A written-in-a-hurry item is the text where I briefly overview the schedule for the next Cruïlla Festival for Hipsterian. The piece, here.

I’ve just been sent the press release of a festival that, if it weren’t for the distance, I wouldn’t mind going to: the Fárdelej Festival. Why so? Because lately I’ve seen people post about Coque Malla several times, which has caught my attention, tbh. He’s a singer I lost track of when he was still with Los Ronaldos,as I wasn’t that keen on their music, yet I have the feeling that he has readdressed his career in such a way that he might as well be a singer I wouldn’t mind keeping tabs on. The piece, here.

Miscellanea would be what would define best the piece I wrote on the Primavera Sound Festival last week, announcing timetable, stages, line-up changes and what not.

Passionate about music, audiovisual communication and language in all its manifestations. Codeswitching in this blog is just one more evidence of this.

Currently working at the Universitat de Barcelona, where I let my applied linguist vein flow.